I've just come back this morning from a splendid trip from the Africas and couldn't help myself but write about this beautiful Stone Town on the island of Zanzibar. The island with narrow alleys, breezy rooftops, majestic Indian & Arabic doors and private courtyards and its pristine blue ocean. 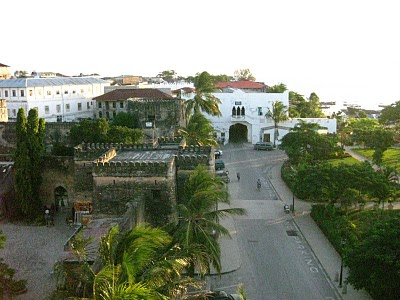 The reason I write about the significance of the Stone Town is because of its stunning, magnificient wooden entrance doors! It is a feature which makes a bold statement on this island. In my article today, I am going to describe the types of doors and its significance with the many pictures I have taken.

Since Zanzibar had a huge Indian & Arab settlement from the 13th century, the carved threshhold to the interiors played a role of a status symbol. The fashion for carved doors was brought in by the Indian & the Islamic people. Back then, doors were designed and scaled for each family, thus being unique. 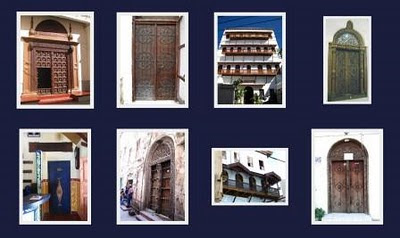 Some common features I noticed among these doors were that they had a centre post with a wide frame and a lintel all elaborately carved. The carvings have traditional Islamic or Indian motifs, iron or brass studs for decoration. Also, most of the doors are double and open inward from the centre.

There are many types of door...some of them are - 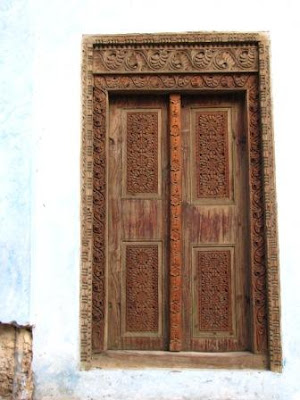 The door belonged to one of the Stone Town hotels...I loved the contrast of brown against the light blues of the walls.

The Lamu door is the simplest door and are found on smaller houses. The motifs of these doors are rosettes or geometric forms. They also have some Swahili colours like emerald green or gold. 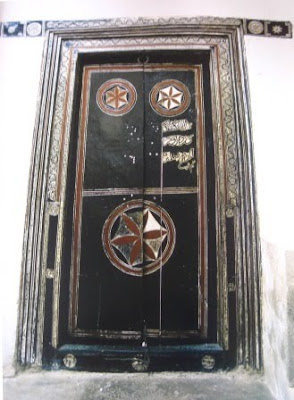 This picture is taken from an exhibit from the Nairobi Museum

This door is the only one different from the others...yes..it doesn't have a centre post. Also, the doors are painted in circular motifs rather than carved. A little history about them is that they were made with very hard wood which was difficult to carve and hence the painted motifs. 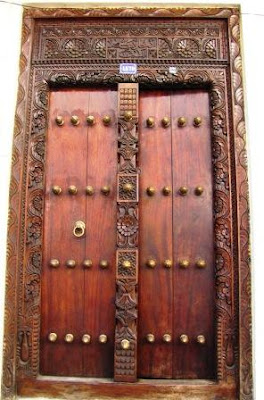 I think this door was freshly polished...it just dazzledin the sunlight!

These doors have the grandest outward display I've even seen in my life! They are the most popular in Zanzibar. The lintel and side post are so ornate and intricately caved with looping floral designs and motifs that its hard to take your eyes off them. They have a very profound arabic feature i.e. they have inscriptions of the Qur'an at the centre of the lintel. They are also heavily studed with brass and iron hinges and ornaments. They say that such doors are seen very often in Oman. 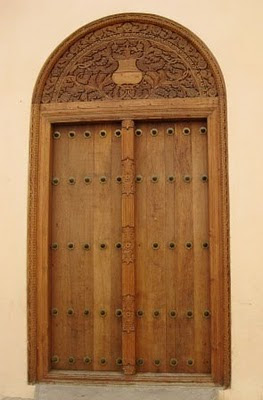 This door and a house belonged to a Bhori Zanzibari

Even now, these doors are found mainly among the Indian shops with thin centre post carved beautifully. These doors are wide, coffered and studded with a central hinges so that only one part of the door needs to be opened. History shows that they were imported from India since they are made up of teak which is not indigenous to Africa. A lot of shops had this door!

Though they are named Zanzibari...they come from India and mostly from the Mumbai region. These doors were introduced by Sultan Barghash in the 18th century with a tinge of western classical feature of the pillars carved into the frames. This is one of the most popular door here and imitated widely.

This article might have sounded a bit boring but believe me, if you ever saw it, you would be as bewildered as I was! Infact, these East Coast African doors are marked contrast to very plain architecture of the houses and make a bold avowal of the occupants, both as reference to their culture and social status. This is a legacy that Zanzibar preserves and should preserve since its unique, artistic, intricate & obscure!

Email ThisBlogThis!Share to TwitterShare to FacebookShare to Pinterest
Labels: Art and Architecture 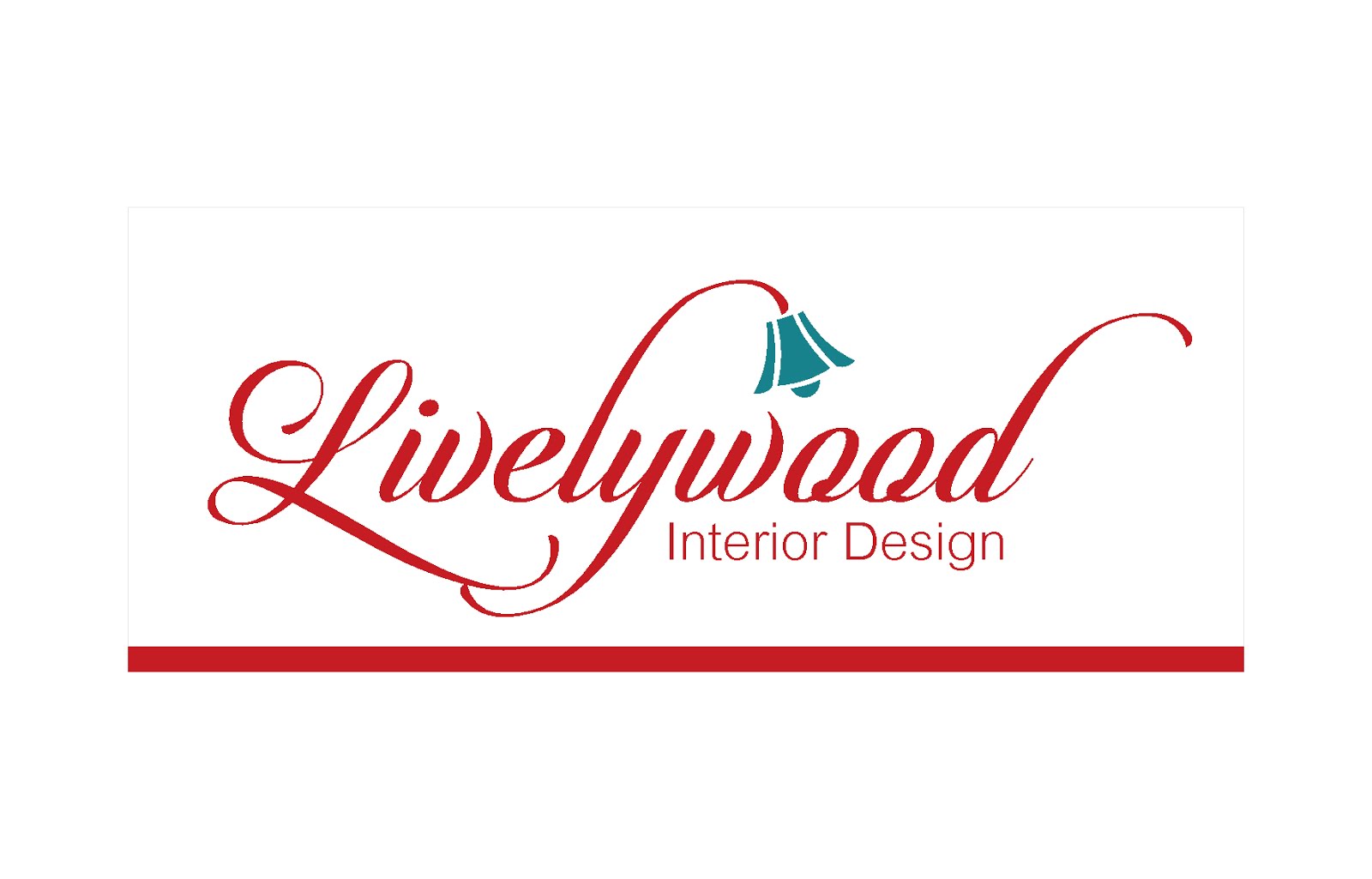 Sonia's life reads like a tapestry of colours. The driving force behind Lively-wood, Sonia has a passion for art and creativity. She is one the few lucky people who could turn her passion into a career. Her long association with art, colour and handicrafts has metamorphosised into a fulfilling career which she is successfully pursuing through eclectic woodwork. She breathes life into mundane wood piece by giving creative pizzazz and its own identity. Her marvelous interiors and furniture design have been appreciated by art lovers and laymen alike. Sonia has an undergraduate degree in French Language and has completed her Master's degree in International Business from France. After her Master's degree, Sonia moved to USA where she established a retail and wholesale outlet of Indian art, handicrafts, home decor and women's accessories. Her stint in USA along with her studies in France has helped her combine business acumen with her creative streak. While abroad, Sonia was able to give outlet to her other passion – world travel. She has had the opportunity to travel the entire Americas from Canada to Peru, length and breadth of Europe, Africa and even Middle East. During all these trips she caught studied of the local art and craft which she expresses in her furniture. She makes a constant effort to provide us a glimpse into the art of places far-far away.